Introduction to The Province of the Philippines

During the visit of Father Jesùs Marìa Palacios, cmf, Episcopal Delegate,
an Assembly was celebrated in which all the priests who worked in the Philippines participated. During the various sessions, the text of the Institute's Charism, the new Constitutions, the need to reorganize the structures of the Congregation and the need to implement the chapter decisions of 2014 were discussed.

The territory of this province, for now, is extended only to the largest of the
Philippine islands , Luzón.

The permanent members of this vice province are 21 priests. There are also 16
seminarians in the various stages of formation before the novitiate.

The communities annexed to the parishes in this province are 2. There
are three institutions belonging to this province: The novitiate house where
the provincial government also resides , the house for philosophy students and the house for
theology students. 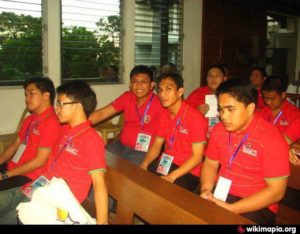 Government of the Philippine Province

We have 47 guests and no members online